to determine its “digestion” time. 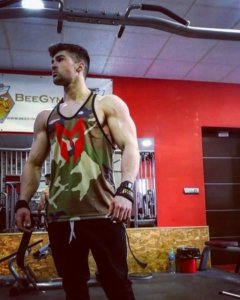 Along with the addition of the methyl group at the carbon two position, the only other modification that takes place when creating masteron is the addition of an ester to determine its “digestion” time. In regards to “official” use – masteron was only ever released in one format. This format was known as drostanolone propionate (or masteron propionate / mast prop.) This version revolved around the integration of the propionate (short acting) ester. Of course, when it comes to underground laboratories – nothing is “unmodifiable.” As such, the anabolic community soon found themselves with another choice as soon as official production ceased in the form of masteron enanthate. In regards to which one of the two is going to be most effective for you as a user – that’s entirely subject to your preferences. It’s safe to say that at some point or another, both variants actually have a place. In order to determine which one is going to work best for you based on your current needs, we’ll first assess precisely what an “ester” is, so that you know what kind of effect these molecular “facets” are going to have on the masteron molecule (or any other molecule they are attached to.)