The History Of Masteron

“In theory its medicinal benefits make sense, in practice however it didn’t quite work out in that fashion”

The History and Use of Masteron

Masteron has quite an interesting history, and it’s unfortunate that it is no longer “officially” produced by any pharmaceutical companies as it saw a notable degree of success within the medical field as an anticarcinogenic…though as you’ll soon discover, it did have setbacks within this capacity. Its “blueprint” was first released in 1959 by the company Syntex. You may already be aware of Syntex as they actually produced the infamous anadrol steroid (and superdrol) – they were fairly well known for this product during that era too.

Despite its details being released in 1959, this product wasn’t actually put into commercial circulation or widespread medical practice for another ten years. During this era, Lilly (another pharmaceutical giant) and Syntex both had an effective partnership in place. This partnership saw them sharing the research and development costs for many compounds.

The agreement at the time was that, whilst they would both share the costs on several compounds, one company would secure the rights to them and distribute the end result product. In this instance, it was Lilly who gained the rights to the drug and distributed it in the American market under the name “Drolban”.

Syntex actually ended up marketing and distributing this product too, only they did it for the international market. As such, the compound became widely available in a global capacity. Soon after its initial production, the FDA approved it for widespread release as a means of combating breast cancer in female patients. 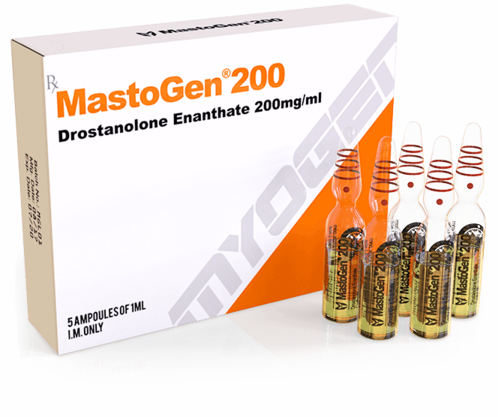 One of the main reasons why it was deemed as being effective in this capacity is that it had a lower androgenic rating than testosterone, thus indicating that the risk of virilisation within a female body would be much lower. In theory, this makes sense – in practice however it didn’t quite work out in that fashion. This is because (as you now know) DHT is so highly androgenic.

Initial doses for females were actually within the range of 300 mg per week, which is almost comparable to an anabolic male dose. As such, it probably goes without saying that many female patients did indeed experience virilisation. Dosages had to be severely reduced, but unfortunately even when they were, long term users were also at risk of manifesting virilisation due to prolonged exposure to the compound.

This in part prompted the product’s eventual demise within a medical capacity. It wasn’t all bad though – masteron did prove to be very effective against the development of estrogenic tumours owing to its anti-estrogenic properties. In some instances, it was used in conjunction with AI products to provide a “double edged” protective sword.

A well-known medical practice during the twenty years where masteron “reigned supreme” as an anticarcinogenic was to combine it with nolvadex. It’s really a shame that the androgenic risk was so high, as this combination proved to be very capable when dealing with breast cancer symptoms. It’s likely primarily as a result of these androgenic risks that masteron was discontinued in the 80’s, being that other products were developed that did not produce anywhere near as high a risk of adverse issues arising.

Some say it was in part because masteron had been “picked up”  by the anabolic community by this time for its anti estrogenic properties, thus allowing those in already decent shape to emphasise their tonal development.

Being that there was such an enormous “anti-steroid” movement taking place in this era anyway, it’s reasonable to assume that pharmaceutical companies were keen to avoid promoting any compound that could be used within an aesthetic / athletic capacity, which masteron certainly could.

In truth, it’s probably a combination of the two elements that effectively served to “finish” masteron off. At least, it was finished off “officially” – once production stopped, underground labs then took over and continued the work Lilly and Syntex had started.

To this day, the FDA still sanctions masteron for use as an anticarcinogenic compound. Should any pharmaceutical company re-ignite production, it could once again be used within a widespread medical capacity. Until that day though, it will remain an incredibly popular anabolic compound that is fairly easily sourced from any decent UGL (UnderGround Laboratory.)